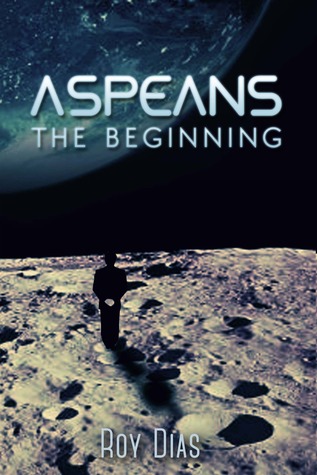 As someone who is sensitive to Asperger’s Syndrome specifically and neurodiversity in general, I found myself itching to pick up this book. Aspeans: The Beginning is written by an author who knows firsthand what it’s like to view the world through Aspie eyes, and he has gone as far as to include in his work protagonists with Asperger’s.

And therein lies the unique concept of this book. Allan, one such protagonist, has Asperger’s syndrome, and thus finds himself working hard to function in a neurotypical world. He has developed myriad coping mechanisms and has so far managed to integrate successfully with society with the help of his beautiful wife, but like any father he has concern for his boys’ ability to do the same. In the course of adapting to a new country and occupation, Allan receives an unexpected invitation from an old friend. This seemingly innocent job offer will eventually put his sons’ lives in jeopardy, force him to go on the run and set off a chain of events with worldwide consequences. Oddly enough it will also shed a new light upon an unusual neurological condition that gifts as many people as it plagues, and that has accompanied Mankind over the ages.

Did I enjoy the book? While it is clear that this is the author’s first foray into fictional literature, I still thoroughly enjoyed it due to the great strength of its concept, plot and characters.

I DO NOT recommend this book to the easily offended, devoutly religious or proponents of sanism.

I DO, however, recommend this book to everyone else.