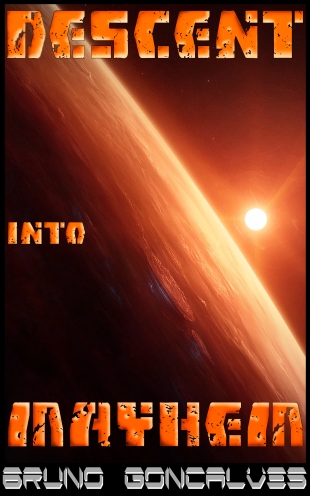 After two hundred years of isolation, the colonists of Capicua, a fertile super-earth orbiting Gliese 667C, are suddenly faced with an unknown and hostile military force.

Oblivious to the impending invasion, Toni Miura joins Capicua’s decrepit armed forces in a bid to escape domestic troubles, aiming for the privilege of driving the Hammerhead, a bipedal mobile suit which is the epitome of his planet’s ailing warrior spirit.

With the arrival of the earthborn invaders, Toni’s unqualified platoon, brimming with misfits and plagued by internal differences, is suddenly thrown into the midst of battle. Abandoned by their seniors in the course of their mission, Toni and the remnants of his unit become lost in a world which, owing to the nature of its orbit, suffers periodically from planet-wide hurricane conditions.

So begins a race against time, where a handful of cadets will be forced to outmaneuver a pursuing enemy in the boondocks of a turbulent planet, all the while seeking to deliver an odd but important Bavarian prisoner-of-war to their headquarters.

“Much better than expected! I can barely wait for the next installment. Very interesting world building, good extrapolation of current technological warfare!” – RAZVAN ANDREI