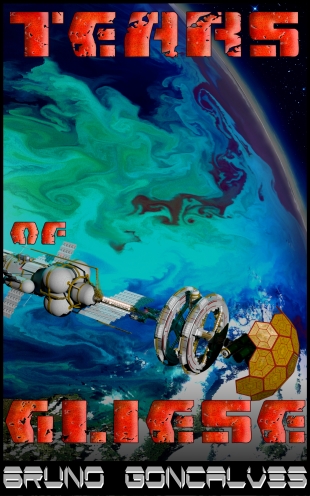 In the aftermath of Lograin Air Base’s destruction, the Earth Federation Force rallies around its newly acquired prize, preparing the terrain as a springboard to assault Leiben, the self-declared capital of Capicua. From the forest surrounding that base, a special unit of Capicua’s indigenous armored Suits emerges, making it clear that the earthlings’ plan won’t be quite so easy to put into action.

Defeated by fate and betrayed by his commander, Sergeant-cadet Toni Miura becomes the subject of court-martial, the threat of execution by firing squad looming over him. As the invisible clans and organizations of his home-planet come into focus before Toni’s eyes, he finds himself forced to choose sides while preparing for an invasion.

To the far north, where eternal day and perpetual night hold their long-standing meeting, the citizens of an old research hub rally around an older strength, hoping to win their freedom. Soon, however, they will discover that in order to do so, they will have to protect more than just their own.

Families and factions alike will collide in this second installment of the Capicua Chronicles.