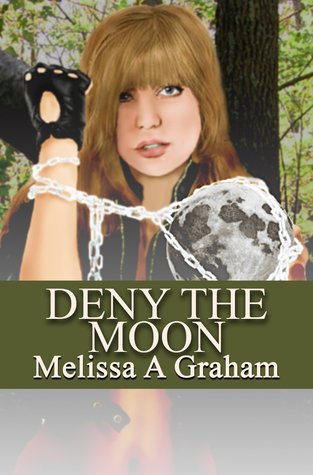 Now here’s a book I would have loved to read exclusively from Frank’s point of view: werewolf takes in sweet but dim human and then has to put up with her s**t for years. New definition of hell, I guess. After all there’s something real cool about the guy… oh wait, looks like he’s a woman-beater, scratch that last part.

Instead I was sentenced to seeing the story mostly from the female perspective. Cringe. Nevertheless, I realize this novel was probably meant for women in the first place and so I got on with it, sniggering every once-in-a-while at Harley’s naiveté.

The narrative initially made some reference to the fitness level of the dominant male (read Frank here) and I realize this was probably meant to elicit an appropriate response in the reader. Being, however, a heterosexual male with a decidedly unromantic nature, I think it was all lost on me. This is, after all, a romance novel too.

I say this as a warning to those who read my review, since I rate a book based on how much I enjoyed it; all reading experiences are highly subjective, right? This is unfortunate, since I suspect that many potential readers (read target audience here) would probably have rated it higher than I did.

But here’s something that I can also say: There was a tipping point in the novel (about midway through) when the story began to increase in its complexity and interesting new characters came into play. I guess that’s the point where I stopped droning along and began to pay real attention to the story. The author gathered a complex, imperfect and interesting ensemble of characters, and the increasing depth of the story reminded me of those deceptively shallow pools where the further you walk into it the deeper you get.

Additional points:
This book has not been professionally edited. This doesn’t bother me at all, of course; I’m an Indie author myself and know the difficulty of getting one’s book properly edited. But due to this lack of editing, I noticed an odd mistake here and there that tells me it’s her first novel. Congratulations for this achievement, author, but now you really must get your book professionally edited to smooth it out and learn where you’re doing it wrong. This learning experience is fundamental to continue writing and improving;

The initial relationship between Harley and Frank is about what you’d expect if a woman tried to date a wild wolf. Growl. Snarl. Snap. F**k. P**s off. Some successful marriages are made of this, but this one not so much. The violence throughout these pages has also been referred to by other reviewers, but I consider it entirely appropriate. After all, these are werewolves we’re talking about, not MyLittlePonies! Life in a wolf-pack isn’t a walk in the park.

In all, I consider this the work of a talented author and hope this book is only the first of many future installments!

Disclaimer: I received a free copy of this book for an honest and unbiased, non-reciprocal review.